Such a good game! Also I fell in love with the music at the end after the credits. Will it be on YouTube soon? 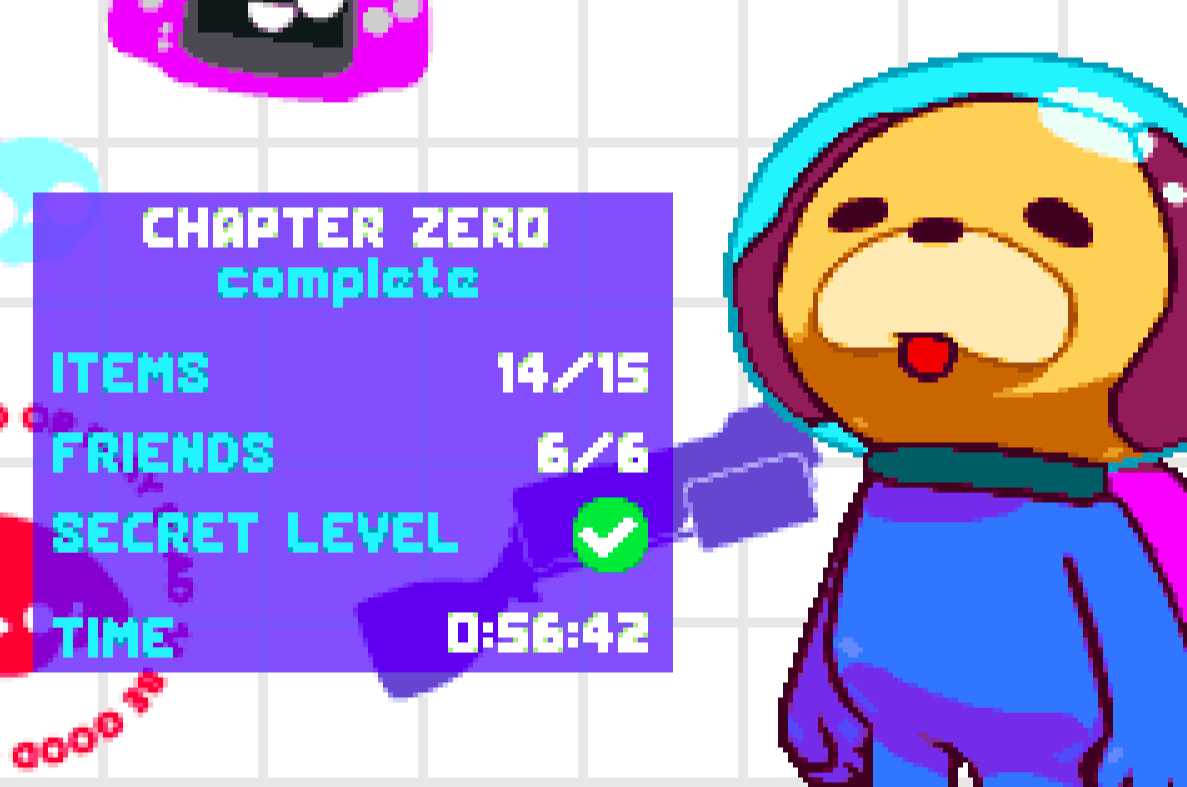 Good work, it will be more great if I can buy and play this game on my Nintendo DS. Have you plan about porting game on Nintendo DS or Nintendo DSi systems?

you can play it on DS! But it will only show on one screen

Just heard about the game on youtube and played through the demo, ignore my finish time I was taking breaks in between. DS lite is a great way to play as has a backlight. Plays just fine on the DS lite with flash cart. I liked the game so much I have pledged on kickstarter to get the physical cart to play. I probably won't play on my original GBA as it does not have a backlight. I like old school but some things you just can't go back to and DS lite is probably the cheapest way to do it rather than modding a GBA to have a backlight (I might mod it someday).

Well done on the crown! 👑

Found the Orange Island easter egg, (Btw great job on the visuals you guys nailed the feeling of Orange Island) but I was a little upset when the only payoff was the crown at the end. The first boss is okay in terms of difficulty but could be just a little faster. Also, the music. You guys nailed the music. It's a sound I've never even heard on the GBA. Very Steven Speilberg kind of vibes. It's been a pleasure to play the demo overall, can't wait!

The payoff was Azure's friend card, and the crown is for finding every item+friend (well done!!) If you have ideas on rewarding players better please let us know!

Thanks so much for your thoughtful and fair feedback!

I'd just say for little side quests like that you just give cosmetics. Whether it be just a color swap or letting the player play as Bones, (I really like Bones, he's my favorite! Was sad he didn't have a spot in the demo ): ) Like there, you could've given Maxwell an Orange spacesuit, because, you know, Orange Island ;). Just the little stuff. That's all.

Good ideas, we'll see what we can do in the main game!  I didn't know anybody knew Bones, hope you will enjoy meeting him in the full game!

I was very perceptive at the end of a trailer, I've always thought Skeleton astronauts were cool so it's no surprise I really like him. I even ripped an image from you're site, cut it down, resized it, and made him my profile pic:

Good work! I liked it so much!

I love this, Honestly the game i'm most excited for

this is very good!

This game is soooo good! So much nostalgia. Love the graphics and the funny characters. I received an error though: "Fatal Error Occured: Ran Out of Obj Tiles". I was past the gate that takes your shield.

Sorry to hear that. If you reset/refresh, you should be able to continue where you left off. We will fix this one in next update.

I really love the game but I really struggled at the first boss. I kept dying over and over until I had eventually drilled the muscle memory into my brain.

Thank you for your perseverance!

How do you build stuff for the GBA?

Really fun! Had a great time searching for that last orange. 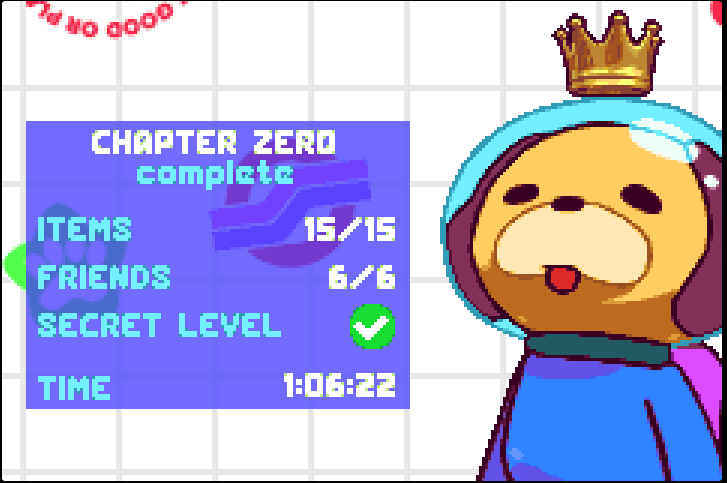 you made a very awesome game man!

where am I suppose to get a game boy advanced?

You can often find them in second-hand shops, or on ebay! Just don't get an original (AGS-001) without a backlit screen mod, else you'll hardly see a thing. 😭

Also note that you need a flashcart such as the EverDrive or EZFlash Omega to play this demo on a real GBA.

you can play it on an emulator aswell

Cute and challenging, loved it!

I loved this game too much. The pixel art, the mechanics, the characters, the fluidity of the animation. EVERYTHING. It's one of the best games I've played here

what did you use to create this? (like game engine or whatever)

We're using the Nim programming language, here's a video I made about it last year :)

I absolutely loved this, 100%'ed it in a little under an hour. I really appreciate how tight everything is, how well it all works together, how smoothly it plays, and how beautiful the art and music and level design is. Nothing was not wonderful. I wish you all good luck in completing this. I recognize it's a much larger project than what you've made so far, but given the extremely high quality of what you've made here I'm hopeful. I hope you are too. Work hard and stay well!

you are a son of a bitch. I was about to kill the big boss and all of a sudden the game got sped up. and I couldn't reset it. all i wanted was zero game but you suck. I hope this game fails and you get depressed. because you won a hater

“and you get depressed” uno reverse card my guy

My guy, chill. It's a DEMO. This is what things like this are for. Yeah, it's going to be buggy, yeah it's going to have hiccups, it's not the final product. Now, if the full release has game-breaking bugs, some of those feelings might be warranted. 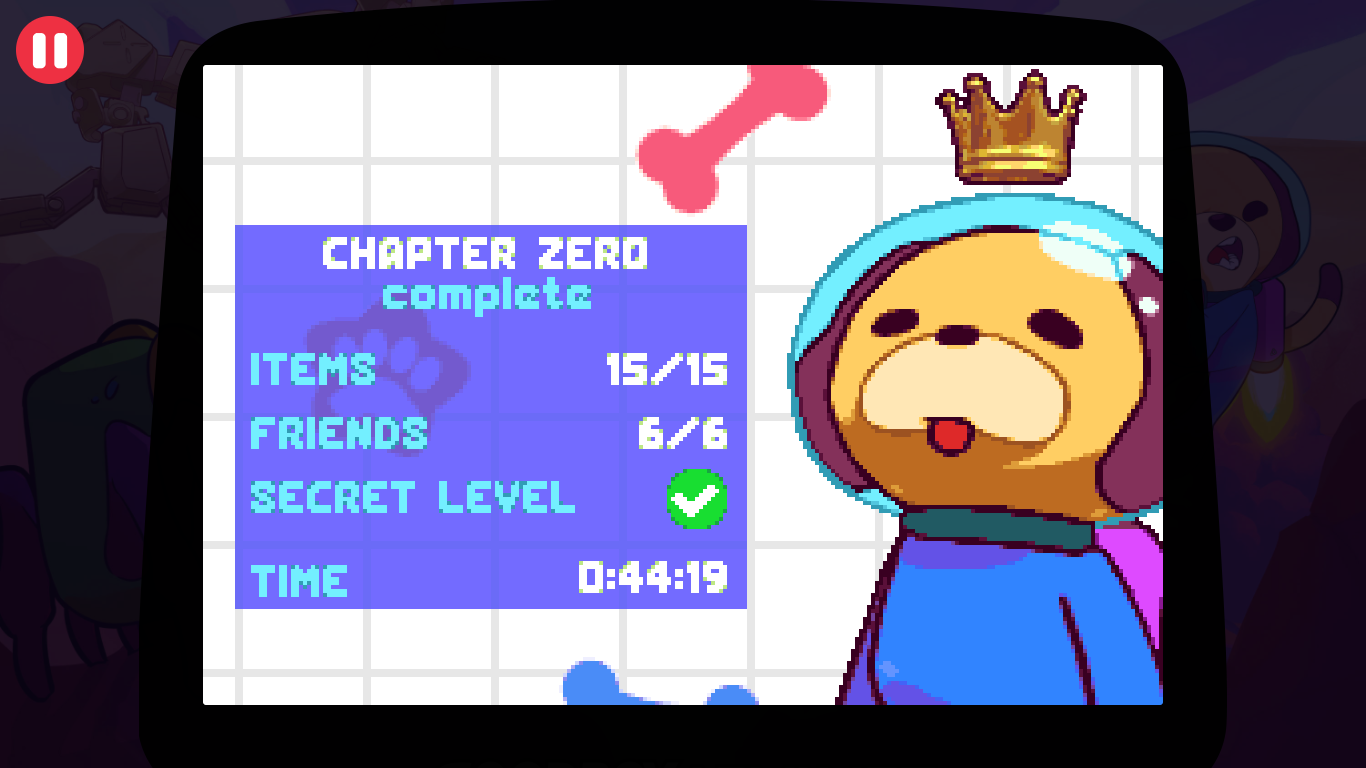 Waiting for the full thingy, probably :3

Amazing Game! Loved the animations and challenges in game! Keep up the good work guys!
Take a look at my video, this game is featured in my Top 5 of this week!

Wow I didn't think you could get the orange at 1:30 without a shield, good work!

That's how I got mine as well XD. I couldn't figure out how to get the shield down there so I just really timed my jumps. Because of you guy's unique jumping mechanic, where you have to fall a little first, (it scares the crap out of me but is so rewarding) you're able to pull it off, getting tons of distance and height.

Also, I found the death animation where you get crushed and turned paper-thin, very Crash Bandicoot, I approve.

oh man i did not expect coming across this today xD
i really enjoyed it, the art and music are great, the style reminds me of nitrome alot, one thing that i didnt like at the start of playing was that i was messing up the jump button with the shoot button, i could get used to it and i partualy did but maybe enable setting the jump button to maybe like the space bar or something (also it was kiiiinda hard but i personaly dont mind that much)

But those modern spawn points tho XD. Better be lucky they didn't go full retro authentic! The only reason you find the buttons strange is that it's not really meant to be played on PC. It's a GBA game, the Web Emulator has different buttons mapped to a key. It's only trying to give as close an experience to the GBA as possible, that's all

that doesnt really mean you cant map the jump to space bar i dont think?

It doesn't mean you can't, they were just using standard GBA emulation controls on PC. That's all I was saying.

If it's really bad, you could download the ROM, play it on an emulator, and bind the jump key to space.

i hope there will be a steam release of this, its great, i want to play the full version once it comes out

Same. There will be other console releases as well even if it doesn't come out for steam

You did an amazing job with this game. If this had been released for the Game Boy Advance I would have definitely purchased it. It was so good. I absolutely can't wait to play more of it.

This looks like it will be a very fun game! Now for the detailed review:

Let's start off with the graphics, they all look amazing! The pixel art is very nicely made. The music is also really good, though I hope there's a lot more in the full version. The gameplay is nice, and the world design is really good. The fact that you guys fit multiple side quests into a very short demo, is really cool, and it even supports multiple languages!

Now, for the things I didn't like as much:

The story is pretty generic, which I, personally don't mind, but others might want some more story development. I wasn't a big fan of the difficulty, seeing as how most of my deaths were just from trying to kill enemies, but it's not a terrible difficulty and maybe it will be improved in the full version.

1: When you die in the green water/acid, a human skull rises. The effect is cool, but maybe it would look better as a dog skull.

2: You have to watch the boss cutscene every time you die.

3: A weird glitch occured once when I was fighting the boss, I couldn't move at all, so I got crushed.

There's my over-detailed review! I hope you can take this information to improve your game.

Also, Congrats on getting well over your kickstarter goal! Your game is currently at the top if you go to kickstarter and sort with Video Games, Earth, and Popularity!

(Clone here) This demo is beyond amazing! I love the sprites!

Very fun! The difficult is nice too, great game ^^

Wow! This is amazing! Wish the best for this game in the future!

The game blew me away. Honestly hope for the best for this project and can't wait to see more!

This is the most charming thing I've seen in ages. Please, god, bless this kickstarted with money.

I 100%-ed this demo in about an hour, and despite some few freeze frames, this was overall very entertaining. This game legit is interests me and I hope your Kickstarter goes well.

Reply
The One That Left1 year ago(+2)

Incredible demo! The gameplay feels great, the designs are fresh and the dog sure is a good boy.